RIP is a Death's Apprentice, and must release the pain of life to those who deserve it. An arcade platform game that came out of a pixel art exercise: create a 16-color palette (15+ transparency) and draw everything with this palette. When I realized I had already done graphics for many scenarios creating for me the need to make a game with what I had drawn. 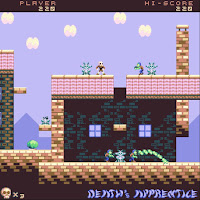 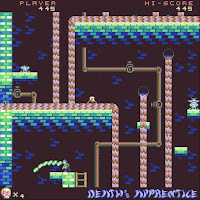 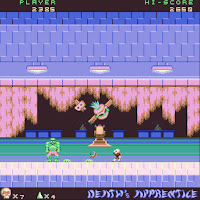 Expect on the final version: - 30 Challenging Stages - 5 to 6 Bosses - Arcade Gameplay with combo system - Complete and original soundtrack - Many other obstacles and enemies
- A intrigating story with a twist