I want to explain here some of the imagery references that I used, and that are part of my referential, in the visual construction of my last work materialized as the video game /\ 0 [ ]

The first reference, which originated the game's concept, was the work of Russian Wassily kandinsky. It was he who theorized a lot about abstract art, in books such as "Line and dot on plane" and "The Spiritual in art", as well as helping to found the Bauhaus design school. For him, painting had to be abstract like was music: sounds that arouse feelings without necessarily referring us to objects existing in the world, they are not figurative but sensorial. 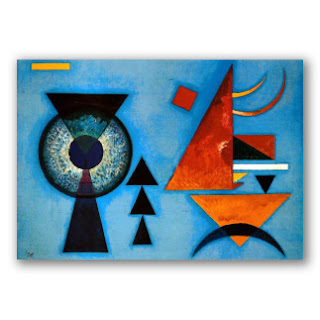 https://en.wikipedia.org/wiki/Wassily_Kandinsky
Piet Mondrian was another abstract painter, along with other Dutch artists he started the "De Stijl" (The Style) movement, which sought minimalism and rationalization in art, basic shapes and primary colors, in what they would call "Total Art". As usual at the time, it was more a utopia, their vision of an art for the future, for the "rational" man of the future, an optimistic trend that would change drastically after the two great World Wars. 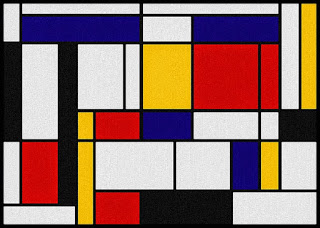 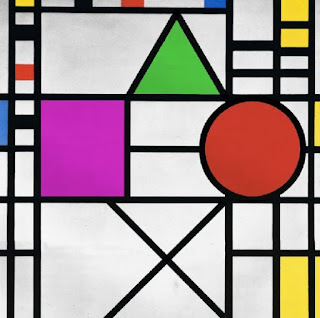 https://en.wikipedia.org/wiki/De_Stijl
Joaquin Torres Garcia had go through many of the avant-garde movements of modern art, such as Cubism, until he returns to Latin America to develop his "Sensitive Geometry". His abstractionism moved away from the coldness and rationalism of concretism or artists like Mondrian, and was a reflection of a much harder and more turbulent life of work and strugle to survival. 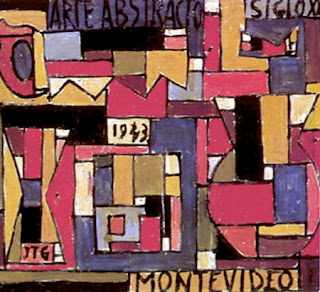 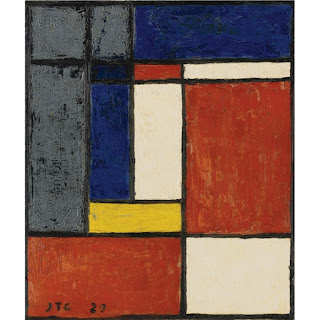 https://en.wikipedia.org/wiki/Joaqu%C3%ADn_Torres-Garc%C3%ADa
Alfredo Volpi was an Italian/Brazilian painter who, much because he was not linked to art movements or currents, was much more experimental and popular, mixing the figurative with a geometric architecture that became increasingly abstract. He saw the elementary forms in the culture of the folk people, in the June festivals flags, on the roofs of small houses, in another words not in a futuristic utopia but on the ground of the world around him. 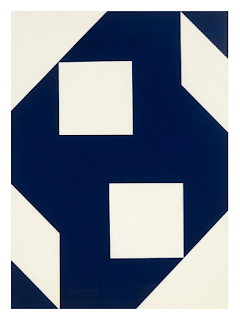 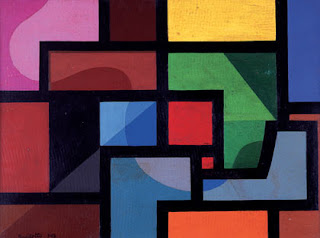 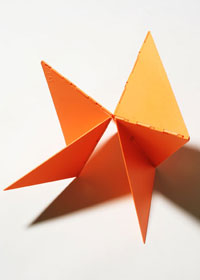 https://en.wikipedia.org/wiki/Neo-Concrete_Movement
When an artist performs a work of art he is more or less aware, conscious, of the thoughts (s)he articulates. But there is a certain freedom for experimentation, or even the search for the unconscious can be the proposal itself, as in the Surrealism or Dadaísm. Anyway, Now, at the end, I can stop and look back at the references I articulated, and at the result of the work carried out in the game /\ 0 [ ] and reach some conscious conclusions.
It was funny that after releasing the game two people associated it with a 19th century novel that I didn't know at all: "Flatland - A Romance of many dimensions". Written by an English clergyman using a pseudonym, from what I could understand it is a satirical allegory of the social ills of Victorian England and all its social inequality. Curious association, at the principle realized by the game's visual and description of the world of the "flatlanders", with only 2 dimensions, in the book, but which in its core has a more direct relationship with what I did in the game then even I know.
What I'm basically proposing is a critique of an idea that is very current, today not specifically in avant-garde artistic movements but diluted in the whole culture, of a certain "futurism", in the worst sense of the word. Futurism was an artistic movement that had several artists associating themselves with fascism because of their, the artists, ideas of ​​a new man for a new technical and industry alike rationalized world. If previously artists and philosophers were busy imagining the art of the future, this is now done by marketers and technicians, top industry employees like MIT. What many project as utopia: the world of AI, of the metaverse, of social networks mediating all interactions between people, I can only see as a dysfunctional dystopia. Things like transhumanism, among other modern "religions" disseminated between Silicon Valley and billionaries who own half the world are expressions, or symptoms, of a dystopian path along which this world of late and decadent capitalism will tread. My game is just a small allegorical representation of such a nightmare.
Postado por Paulo Andrés às 15:24